One of the Happiest places on earth...

Posted by Lisa Burraston at 8:16 AM 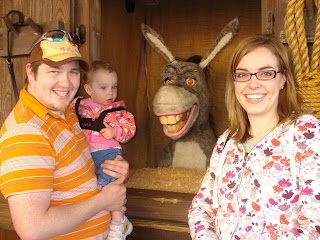 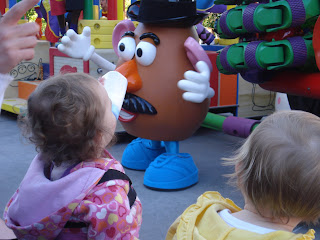 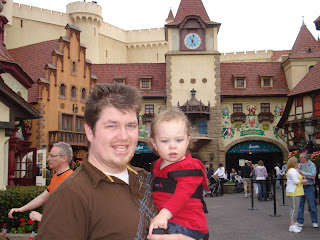 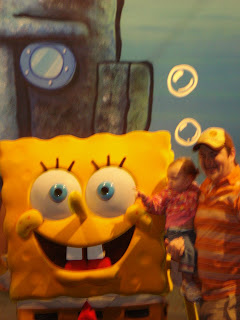 Sorry it has been so long since I posted! We have been out of town for a week in Florida enjoying ourselves at Disneyworld and Universal Studios. We flew out a couple of Friday's ago and enjoyed an hour and half flight to Florida. When we got there, we were happily surprised to find that the car we were renting was upgraded to a minivan. Not that we like mini-van's but we were on the trip with Kam's family, so the more room the better!
Friday night we checked into our hotel for the night, went to dinner and hung out. On Saturday we went to Universal Studios and had a great time! There were a lot of fun rides and shows, some of the highlights include: Disaster, Simpson's, Shrek, and Fear Factor. Saturday afternoon, after leaving Universal Studio's, we met up with Kam's family at the house they rented for the week. We went grocery shopping for 15 people for the week and then hung out. On Sunday, Kam and I along with Kam's two brothers, his sister-in-law Tiffini and her baby Hailey and Kam's parents went to Epcot. We had a great time Soarin, going through the garden's on the Disney property, tasting coke from around the world, visiting the various countries they hightlight on the park and going from 0-60 mph on the racecar ride.
Monday, we went to the Magic Kingdom, Disneyworld's version of "Disneyland". Lucky us, we were rained on most of the day, but had a good time anyway. We rode on Splash Mountain, Big Thunder Mountain, Haunted Mansion, the Monster's Inc show, It's a Small World amongst others. We were also able to see the MVP from the Super Bowl, as they threw a parade for him (don't ask me his name because I don't know it). We did however, leave early due to the rain.
Tuesday we went to Hollywood Studios at Disney. It was fun to see the cute shows there (Indiana Jones, a car stunt show, and the block party parade). We rode of fun rides including Space Tours, Tower of Terror and Rockin' Rolla' Coaster.
Wednesday we went back to the Magic Kingdom so we could ride the rides we had missed due to the rain. Overall we had a great time at all the parks and are so grateful to Kam's parents/sister for making such a fun trip happen!

SO MUCH FUN! I also want to see pics:)

How fun! We are going to Disneyland in March and we can't wait!

Love your pics! Vacations are the best!!